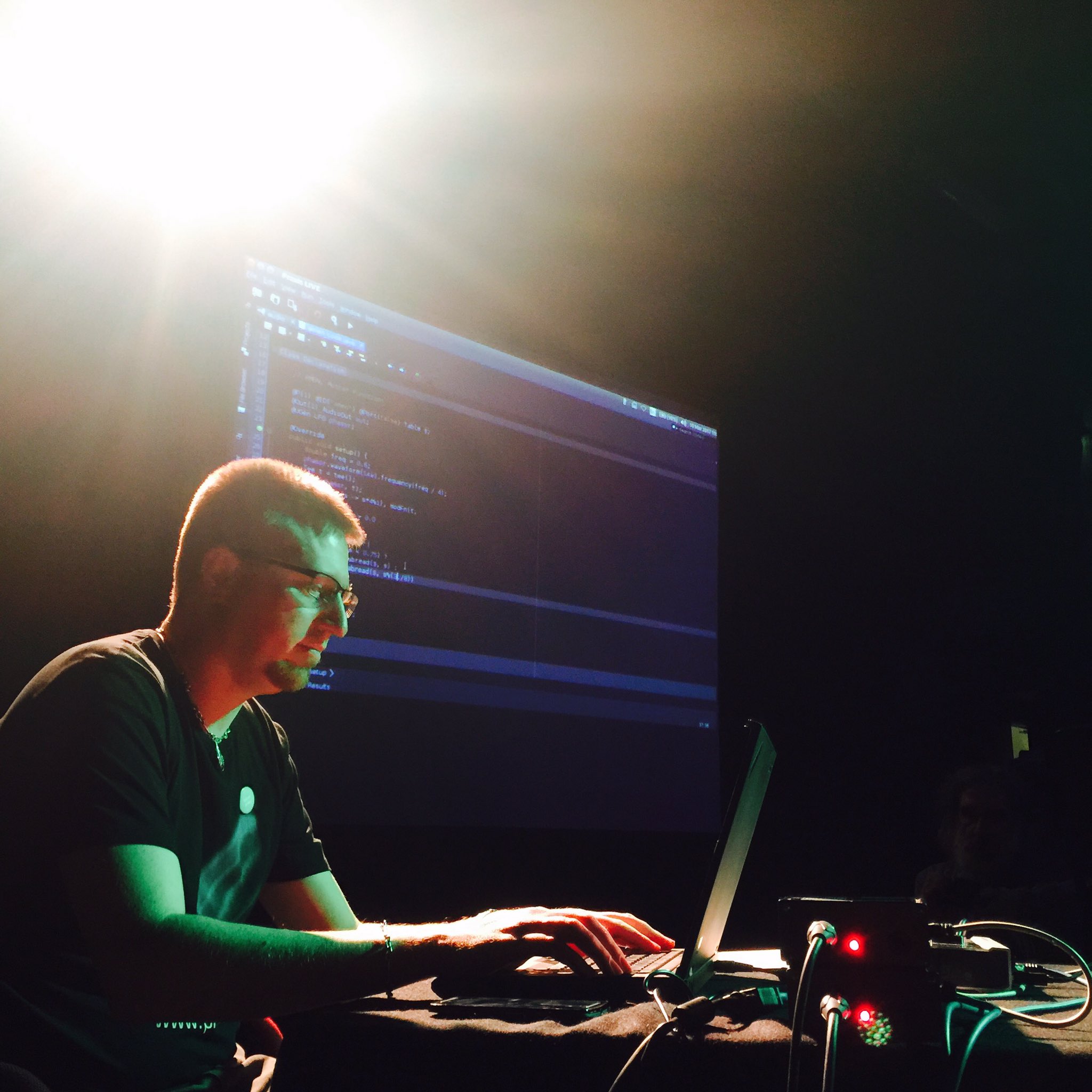 One sample, one function – a live-coded, single function demolition of the most ubiquitous sample in modern music. This new performance work is both an essay in conceptual minimalism and an attempt at filling the dance floor with the aid of one wavetable and a little maths.

Entirely created within the context of a single, pure function running at audio rate, this performance starts with a sawtooth LFO reading from a wavetable filled with the Amen break. Through the course of the performance, the Amen break is gradually unmade into new rhythms, melodic and synthetic sounds. Working with a single sample at a time, eschewing recursion and randomness, provides a restrictive but rewarding creative challenge.

The silent $ in the title (also used in the code), is in tribute to Gregory C. Coleman, the original drummer of the Amen break, who died homeless and broke.

Neil C Smith‘s work explores ways of opening up and challenging the nature of creativity itself, in particular through the use of open-source technologies. Working sonically and visually, solo and in collaboration, he creates live improvised performances, and context-specific generative and interactive installations. His work exists in real-time and real-space – each moment unique and unrepeatable.

Based in Oxford, he has shown work and performed across the UK and in Europe/Canada. He is also lead developer of Praxis LIVE, an open-source hybrid visual environment for live creative coding, as well as the Java bindings for JACK and GStreamer.