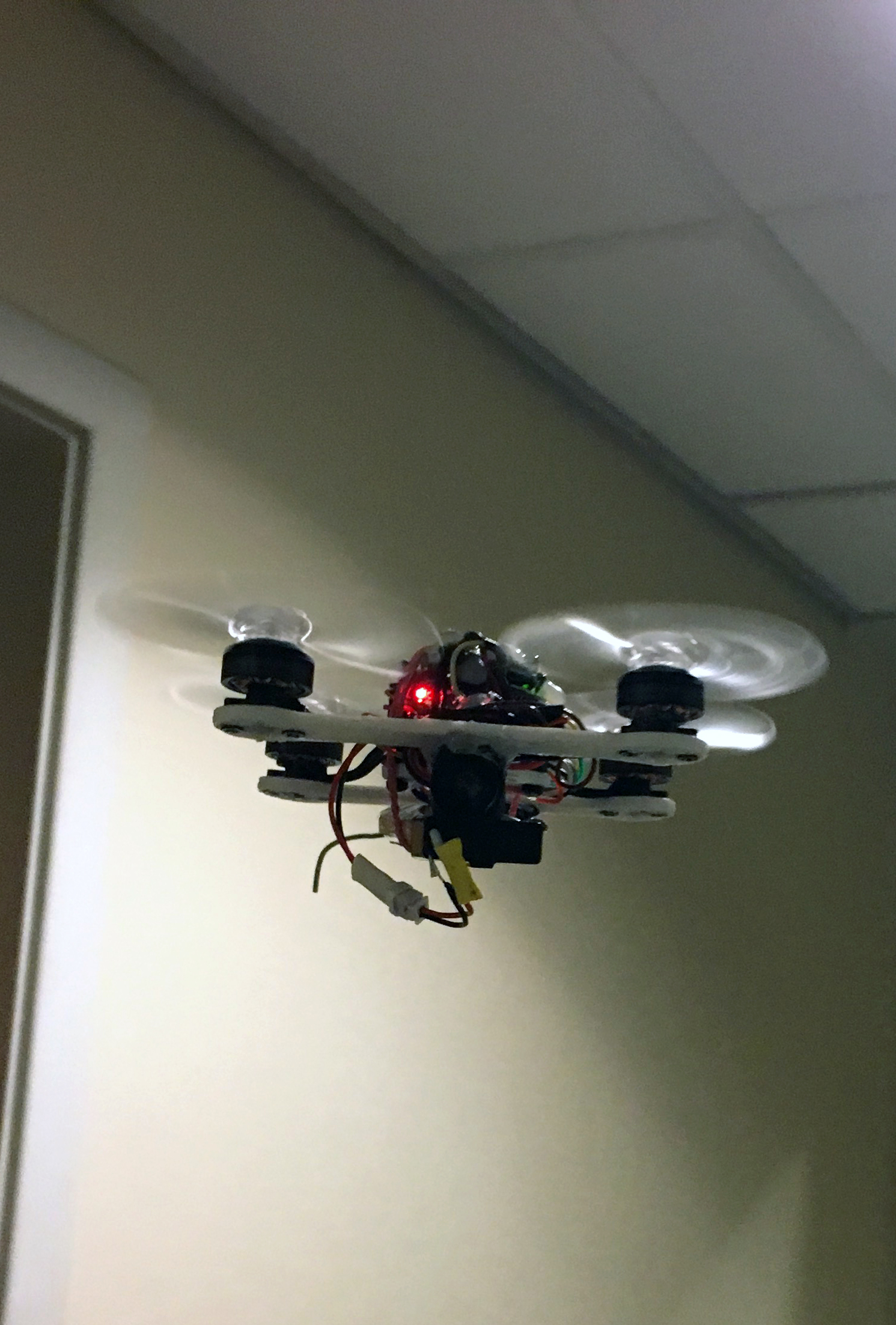 A live performance by Anders Eiebakke and Grim Erland Svingen

A micro sized quad rotor flies and films the audience and surroundings, through obstacles such as windows, doors and furniture, looking for hidden letters comprising a narrative. The drone is piloted by Anders Eiebakke through video glasses, radio transmitter and a tablet. Its video and data feed is transmitted to a common ground station operated by Grim Erland Svingen and Eiebakke. The video and data feed is projected on the wall at the indoor venue. Svingen is real time mixing the video feed together with the data feed and altering the sound into a concert using synthesizer and sampler.

The title STR8 Panzerism relates to the late self proclaimed Hip Hop philosopher, graffiti writer and rapper RAMM:ΣLL:ZΣΣ and his theories of Gothic Panzerism, the battle between letters against the system of the alphabet. The title is also referring to Svingen´s upcoming release of his own music.

The performance lasts for 15 minutes and can be performed several times.

Anders Eiebakke (born 1970 in Oslo, works and lives in Oslo) has been working with drone technology since 2007. He builds and operates his drone systems comprised of bird-like structures (fixed wing) or multi rotors and helicopters in combination with portable ground stations. His exhibitions include Manifesta 8 (2010, Murcia and Cartagena, Spain) where he presented drones and drone footage from his border crossing between Morocco and the Spanish enclave Melilla, Les Rencontres Internationales, Palais de Tokyo, Paris (2012) and The Shadow of War: Norwegian political art 1914-2014 at Kunstnernes Hus, Oslo (2015). He has also presented drone performances at a.o. The National Theatre in Oslo during the symposium Public Calling (2016) and delivered a major drone based comissioned installation for the Norwegian Data Protection Agency in 2016. He has also participated in post dramatic theatre plays with drones and drone footage, lastly during The Prince in the National Theatre in Oslo (2017). He is selected for Public Art Munich 2018 curated by Joanna Warsza where he will present new drones and perform similar actions as described in this application.

Grim Erland Lyng Svingen (born 1981 in Drammen, works and lives in Oslo) primarily works with music, sound design and drawing. He has worked a great deal experimenting with activist art-strategies inspired by “open” cultures including open source and investigating the principal nature of sharing, exclusivity and copyright as it may concern art practice. As well as releasing his own music he has sometimes staged performances as an “arhival DJ”, collecting and making sets of “soft protest” music from Soviet-era Poland, The boots of history (2010). He has recently been making soundscapes for artist Anders Eiebakke’s drone films (2010-2017), and has written and performed a live score for poet Dan Andersen’s reading of his book Flaggtale (2016). He is currently writing a full orchestral score for Flaggtale to be released as an audio-book (exp. 2018) as well as working on a long player release of his own music (STR8 Panzerism).