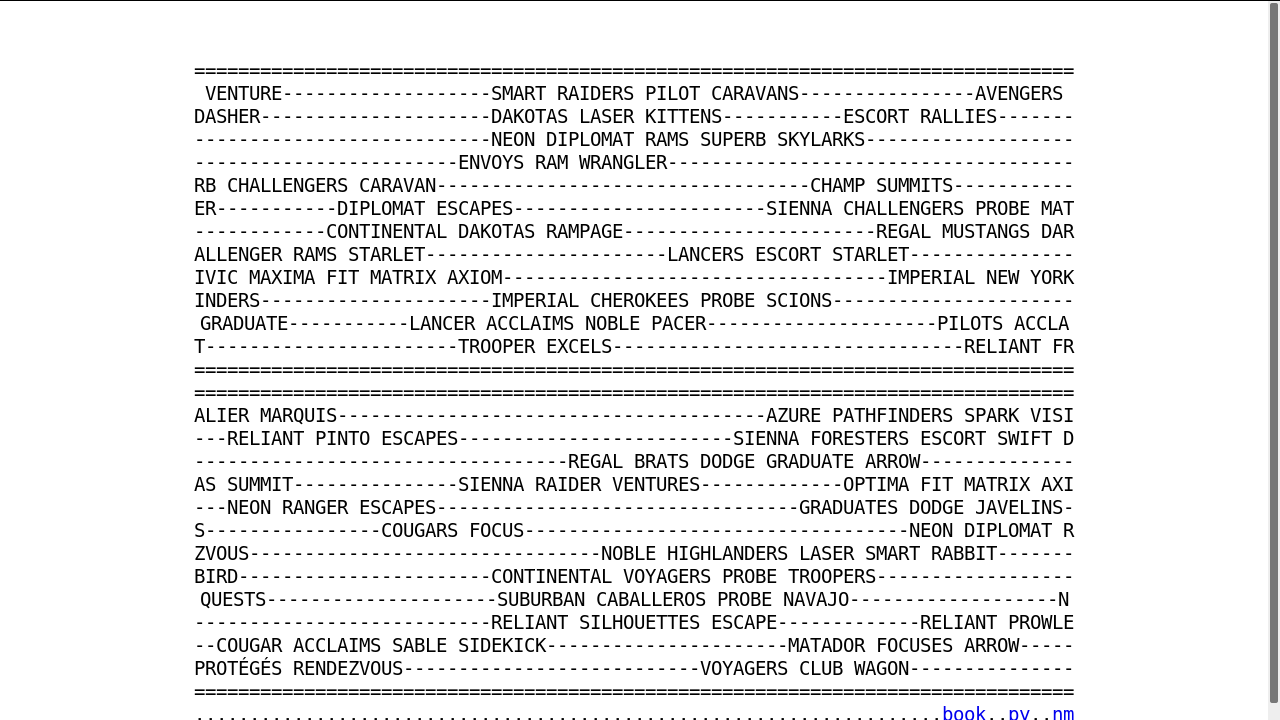 Autopia is a simple text generator that presents language as if it were endless traffic. The headline-style sentences that are produced are made entirely of the names of cars — no other lexemes are used. While the Web version uses a JavaScript port of espeak to do text-to-speech synthesis, it is not necessary to present the work in a gallery setting with sound.

Autopia is available as free software. It is also published in print form, as a book, by Troll Thread, a New York press. It has also been exhibited in galleries.