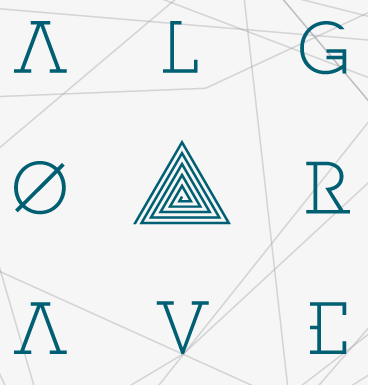 Algorave is made from “sounds wholly or predominantly characterised by the emission of a succession of repetitive conditionals“. These days just about all electronic music is made using software, but with artificial barriers between the people creating the software algorithms and the people making the music. Using systems built for creating algorithmic music, such as IXI Lang,overtone, puredata, SuperCollider, Impromptu, Fluxus, Tidal,Gibber, and Sonic Pi these barriers are broken down, and musicians are able to compose and work live with their music as algorithms. This has good and bad sides, but a different approach leads to interesting places.

This is no new idea, but Algoraves focus on humans making and dancing to music. Algorave musicians don’t pretend their software is being creative, they take responsibility for the music they make, shaping it using whatever means they have. More importantly the focus is not on what the musician is doing, but on the music, and people dancing to it. Algoraves embrace the alien sounds of raves from the past, and introduce alien, futuristic rhythms and beats made through strange, algorithm-aided processes. It’s up to the good people on the dancefloor to help the musicians make sense of this and do the real creative work in making a great party.

Composer, programmer and improviser of music born in Bogotá, Colombia in 1976. She studied composition at the Universidad de los Andes where she also carried studies in mathematics and classical guitar. Her works have been played in diverse venues in America, Europe and Asia. In 2003 she obtained an Artistic Residency at the Centro Nacional de las Artes (CNA) in Mexico City. In 2010 she was part of the program Prácticas de Vuelo at the Centro Mexicano para la Música y las Artes Sonoras (CMMAS). In 2011she was granted an Artistic Residency at the Tokyo Wonder Site in Japan, where she wrote a piece for Nanae Yoshimura (koto), Suzuky Toshiya (flute) and live electronics.

Using open source software like SuperCollider and TidalCycles, her work is focused on the exploration of the musicality of code and the algorithmic behaviour of music. An important part of this exploration consists of the practice of live coding. Having an intense activity as teacher and performer of live coding, Alexandra is among the pioneers of live coding in electroacoustic music and part of the forefront of the Algorave scene. Currently she lives in Berlin, Germany, and is doing her masters in Sound Studies at the Berlin University of the Arts.