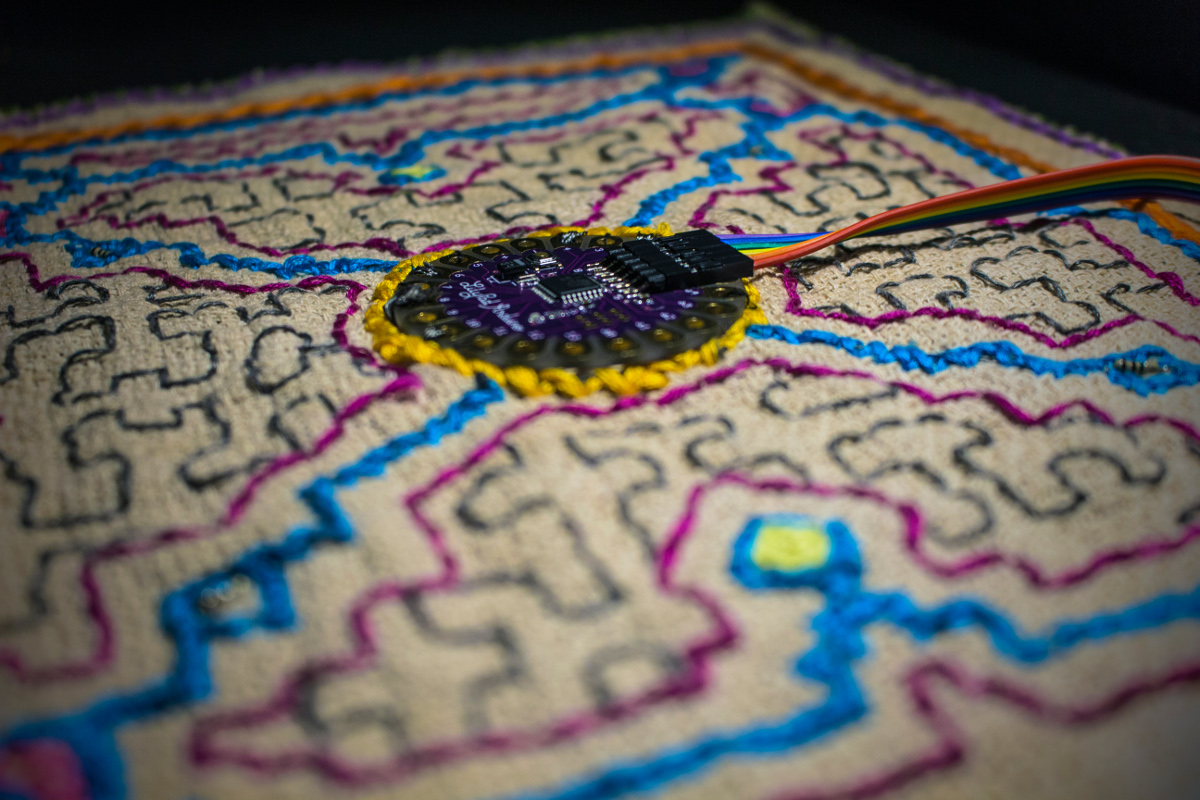 The Shipibo-Konibo, from the Peruvian rainforest, openly link their traditional singing (Ikaros) to the designs they draw on vessels and their bodies, and the textiles they use as decoration and clothing. They consider that their designs can be sung.

Reinterpretation of sounds into visuals is becoming more commonplace in the digital arts, where sonification is a popular concept used when referring to the act of turning data into sound, and in the Glitch Art realm, the distortion of visual data by the mapping of sound data through diverse methods.

Based on the techniques used in the “Corrupted Structures” Computer-Embroideries textile series (http://cargocollective.com/antipatterns), this workshop will offer an introduction to various sonification methods, ranging from databending to code, using different open-source softwares (Audacity, Gimp, Hex editor) and programming platforms for mapping sounds on visual data (images and video).

The workshop will include a short explanation of how glitch is related to the designs behind the referred artworks, including an explanation of the designs from Paracas Culture from Perú, the Chincheros Textile Masters from Cusco, and the Shipibo-Konibo.